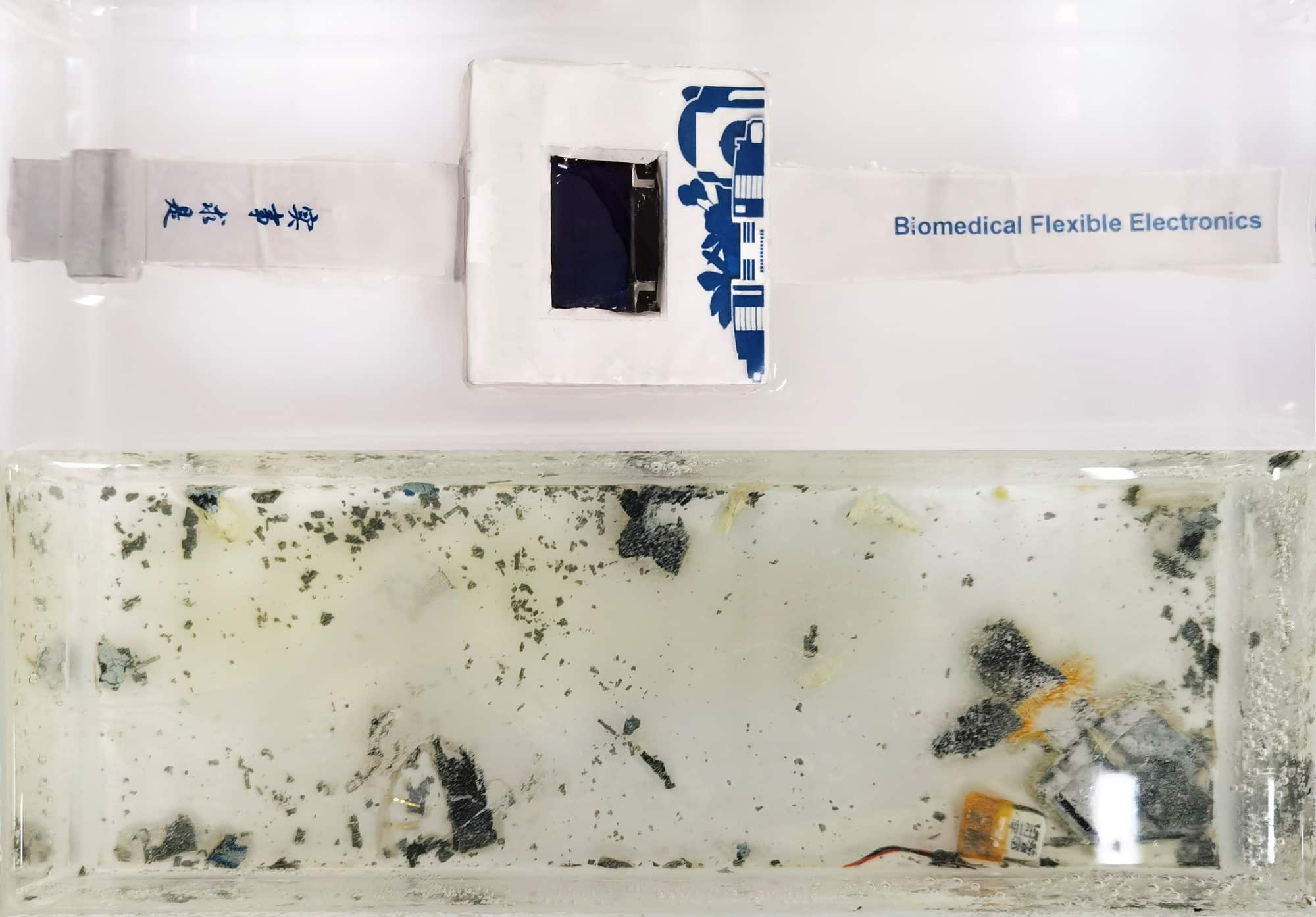 This easy-to-recycle smartwatch dissolves in water in 40 hours!

Small, modern electronic devices, such as fitness trackers and smartwatches, are difficult to take apart and recycle. On top of that, most users send their old devices to hazardous waste streams when a new model comes out. As a result, several million tons of electronic waste are generated each year. However, recent research by scientists at Tianjin University of China shows how we could eliminate this problem by causing the major components to decay when submerged in water.

Scientists had previously developed a zinc-based nanocomposite material that could dissolve in water to make temporary electronic circuits. Still, the team found that its conductivity was not sufficient for use in consumer devices.

The team added silver nanowires to the zinc-based nanocomposite to address this shortcoming, making them highly conductive. This mixture was then screen printed onto a degradable polymer called polyvinyl alcohol, and the circuits were solidified via chemical reactions triggered by water droplets.

This led to nanocomposite printed circuits which were then placed inside housings made from the degradable polymer. Finally, sensors to measure a person’s blood oxygen levels, heart rate, and step count have been included to complete the design of the smartwatch.

You might be wondering if a soluble fitness tracker would resist sweat if it simply disintegrated in water? It would! During testing, the wearable prototype was found to resist sweat. However, when the device was fully submerged, the circuitry and polymer housing fully dissolved within 40 hours. The only materials left were the resistors and capacitors built into the circuits, the OLED screen and its microcontroller.

The prototype is far from the kind of smartwatch you would see a wearable enthusiast wearing on their wrist. Instead, the scientists believe their research is laying the groundwork for temporary devices that are easy to recycle with comparable performance, but better for the environment. The study was published on July 5, 2021 in ACS Applied Materials & Interfaces.

Opening Gym of an MMA Fighter in Port Colborne