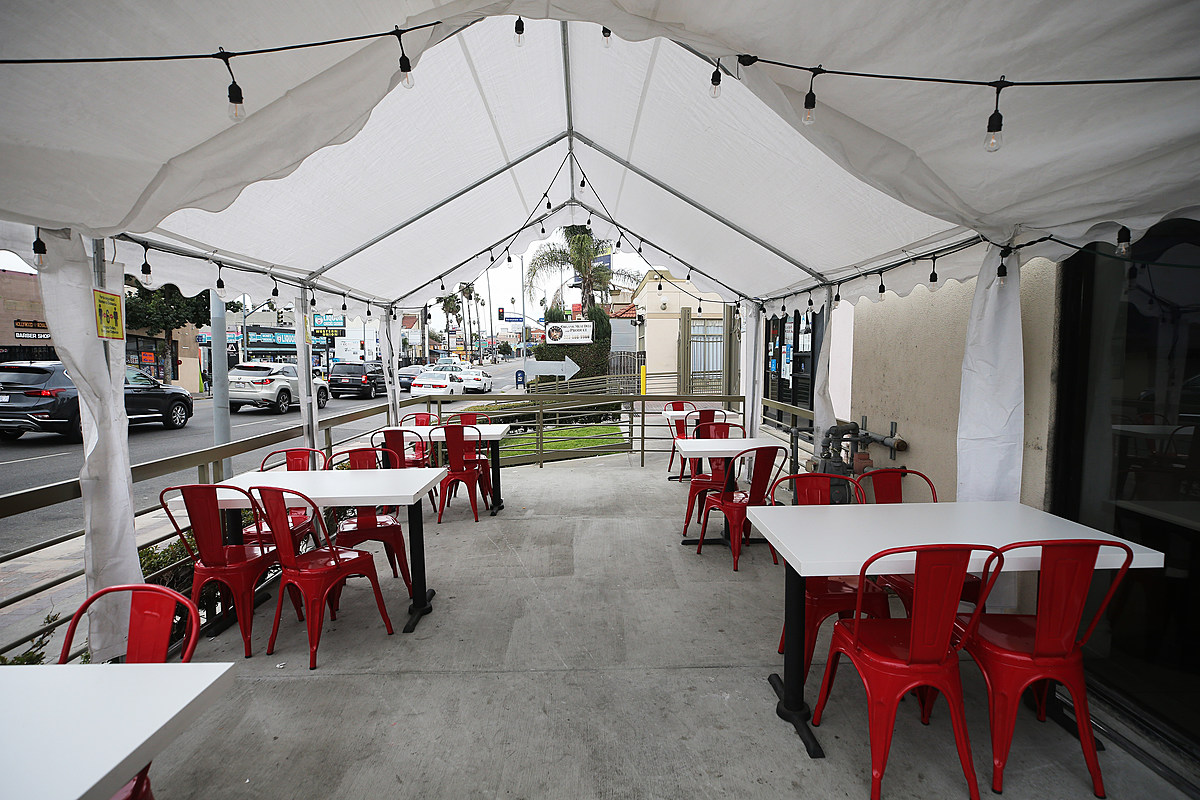 The end of some of the madness in New Jersey

We all remember the days when restaurants were forced to pitch tents outside their usual facilities to accommodate their customers. It was at least a way to stay alive and in business when the state instituted ridiculous rules to prevent the spread of COVID.

Many restaurants in many towns in New Jersey kept them going and were able to expand their businesses after the panic subsided.

In some towns, tents lined the streets of major business districts. It was unsightly and inconvenient, but for a brief time they were useful and necessary to keep businesses alive under the ridiculous restrictions of the Murphy administration.

In a pretty town in New Jersey, the tents are finally falling on Main street in Metuchen. They were to stay in place until the end of the year, but the work on the gas lines must be completed before the cold sets in, so they go down at the end of this month.

These tents and temporary structures didn’t seem safer than letting people in. At least in the main buildings you have ventilation and ventilation systems. In most of these temporary tents, there were few or none at all.

It does not matter. It was not a matter of security. It was about showing that we are doing something and getting people to comply. The goal was not an effective vaccine or herd immunity. It was a matter of compliance.

If the state can scare you and threaten you enough to comply, then mission accomplished. We are living through the scariest times in recent memory, not because of a virus or even a foreign invader, but our government and the people who will blindly follow their nonsense. We have failed the test of being a free people.

There is a chance for redemption if we vote against the disconnected, elitist and aristocratic left that buries this state and steals our freedom. But at least he doesn’t send nasty tweets, right?

The above post reflects the thoughts and observations of New Jersey 101.5 talk show host Dennis Malloy. All opinions expressed are those of Dennis Malloy.

Early polling locations in every county in NJ

Each county in the state will have between three and 10 early voting locations, open daily for the 2021 general election from October 23 to 31. The sites will be open from 10 a.m. to 8 p.m. except Sunday, when they will close. at 18 hours