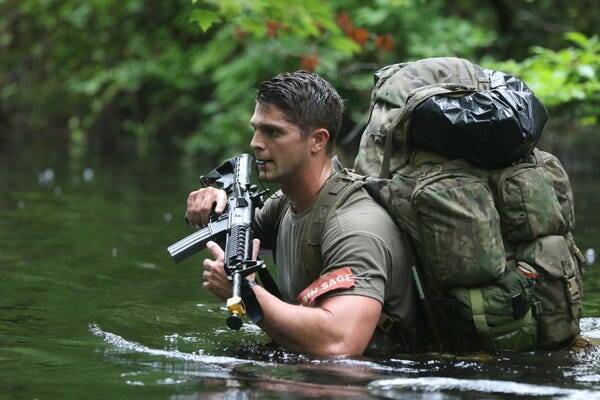 FORT BRAGG – This month, Special Forces candidates will participate in the Robin Sage training exercise, held across multiple counties in North Carolina, as a final test of their training during the Special Forces Qualification course.

Between January 22 and February 4, students will participate in this exercise before completing the course and moving on to their first assignments in the Army Special Forces community. Robin Sage is a two week climactic exercise. Participants are students of the US Army John F. Kennedy Special Warfare Center and School, based at Fort Bragg.

Throughout the exercise, military and civilian support personnel, as well as community volunteers who serve as auxiliaries, will participate and / or provide support during each of these exercises. Military service members from Fort Bragg units will also support the exercise. These servicemen act as realistic opposing forces and freedom guerrilla fighters, also known as the Pineland Resistance Movement. These troops play a critical role in the training exercise.

To add realism to the exercise, civilian volunteers across the state take on the role of players. The participation of these volunteers is crucial to the success of this training, and the former trainees testify to the realism they add to the exercise.

All Robin Sage movements and events have been coordinated with public safety officials in and in the cities and counties hosting the training. Residents can hear blank shots and see occasional flares. Controls are in place to ensure that there is no risk to people or property. Residents with concerns should contact local law enforcement authorities, who will immediately contact exercise control officials.

For the US Army John F. Kennedy Special Warfare Center and School, safety is always the top command priority during all training events. The following measures have been implemented:

â€¢ Formal written notification to heads of law enforcement agencies in affected counties, with a follow-up visit by a representative of the unit.

â€¢ All civilian and non-student military participants are informed of the procedures to be followed when contacting law enforcement officials.

â€¢ Students will only wear civilian clothes if the situation warrants it, as determined by the instructors, and will wear a distinctive brown armband during these cases.

Robin Sage is the U.S. Army’s first unconventional warfare exercise and the final test of over a year of training for aspiring Special Forces soldiers. Candidates are placed in an environment of political instability characterized by armed conflict, forcing soldiers to analyze and solve problems to meet the challenges of this “real world” training.

Questions regarding the exercise should be directed to the US Army John F. Kennedy Special Warfare Center and the School Public Affairs Office at (910) 396-9394, or by e-mail at [email protected]