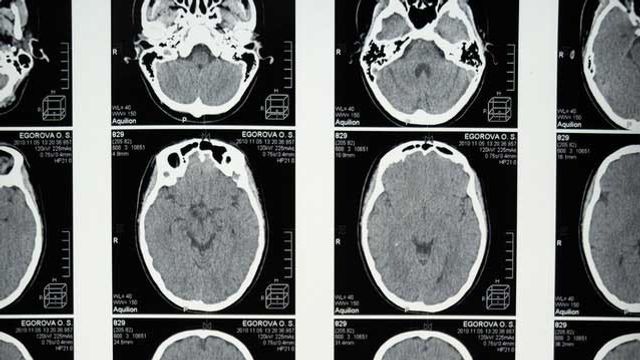 In the middle of the 20th century, new evidence showed that the brain could be “plastic” and that experience could create changes in the brain. Plasticity has been linked to learning new skills, including spatial navigation, aerobic exercise, and balance training.

Still, the question of whether mindfulness interventions, such as meditation, can alter brain structure has remained open. Some research using the well-known eight-week mindfulness-based stress reduction course suggests this. However, this study was limited in scope and technology, and possibly skewed by elective participant pools.

In new research, a team from the Center for Healthy Minds at the University of Wisconsin-Madison, led by Richard J. Davidson, found no evidence of structural brain changes with short-term mindfulness training.

Published May 20 in Science Advances, the team’s study is the largest and most rigorously controlled to date. In two trials, more than 200 healthy participants with no meditation experience or mental health issues had MRI scans to measure their brains before being randomly assigned to one of three study groups: the MBSR course eight-week, non-mindfulness based course. -be an intervention called Health Improvement Program, or a control group that has not received any type of training.

The MBSR course was taught by certified instructors and included mindfulness practices such as yoga, meditation, and body awareness. The HEP course was developed as an activity similar to MBSR but without mindfulness training. Instead, HEP engaged participants in exercise, music therapy, and nutrition practices. Both groups spent more time training at home.

After each eight-week trial, all participants underwent a final MRI scan to measure changes in brain structure. Data from both trials were pooled to create a large sample size. No significant differences in structural brain changes were detected between MBSR and either control group.

Participants were also asked to self-assess on mindfulness following the study. Members of the MBSR and HEP groups reported increased mindfulness compared to the control group, providing evidence that improvements in self-reported mindfulness can be linked to the benefits of any type of wellness intervention more broadly, rather than directly. be specific to the practice of mindfulness meditation.

“We are still in the early stages of research into the effects of meditation training on the brain and there is still much to discover.”

So what about the previous study that found evidence of structural changes? Since the participants in this study had sought out a stress reduction course, they might have had more room for improvement than the healthy population studied here. In other words, according to the lead author of the new study, behavioral scientist and first author Tammi Kral, “simply choosing to enroll in MBSR may be associated with increased benefit.” The current study also had a much larger sample size, increasing confidence in the results.

However, as the team writes in the new paper, “it may be that it is only with much longer training duration, or training explicitly focused on a single form of practice, that structural modifications will be identified”. While structural brain changes are found with physical and spatial training, mindfulness training covers a variety of psychological domains like attention, compassion, and emotion. This training engages a complex network of brain regions, each of which can change to different degrees in different people, making overall changes at the group level difficult to observe.

These surprising results ultimately underscore the importance of careful scrutiny of positive results and the need for verification through replication. Additionally, studies of longer-term interventions as well as those focusing solely on meditation practices may lead to different results. “We’re still in the early stages of research into the effects of meditation training on the brain, and there’s still a lot to discover,” says Davidson.

This article was republished from the following documents. Note: Material may have been edited for length and content. For more information, please contact the quoted source.