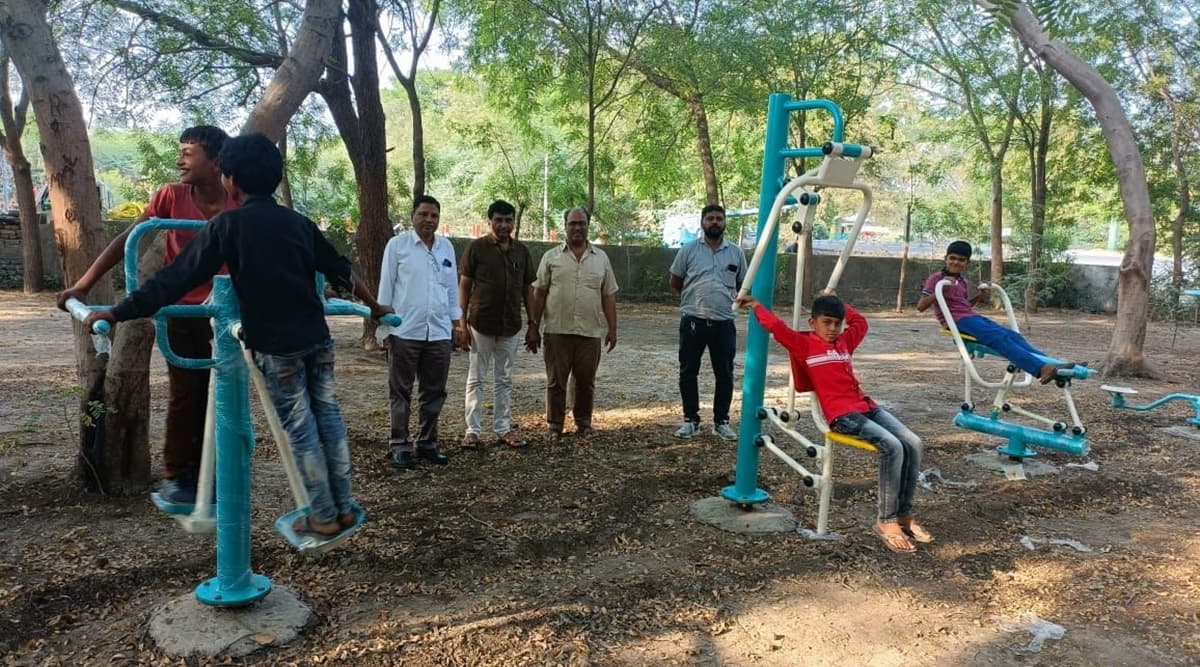 With the aim of promoting physical fitness in rural areas, the Rajkot district panchayat has set up outdoor gymnasiums mainly in the largest village of each of the 11 talukas in Rajkot district at the cumulative cost of around Rs 22 lakh .

“City corporations have installed fitness equipment in public parks and set up open gymnasiums. So we thought why shouldn’t they be there in the villages too. Therefore, in January this year, we launched the Fit Rajkot initiative to promote fitness in the villages,” Dev Chaudhary, District Development Officer (DDO) of Rajkot, told the Indian Express.

“As part of this initiative, we purchased gym equipment through the GeM (government e-marketplace) platform using the local district panchayat fund and installed it in the largest village of each of the taluka “, he added.

The outdoor gymnasiums have been set up in Jamnavad village of Dhoraji taluka, Bhunava of Godal, Raydi of Jamkandorna, Bhadla of Jasdan, Thorala of Jetpur, Padvala of Kotda Sangani, Pambhar Itala of Lodhika, Paddhari of Paddhari, Kastrubadham of Rajkot , Khakhijaliya from Upleta and Amrapur from Vinchhiya.
“We set up the gymnasiums in open plots or in public school compounds in the village and have since entrusted their maintenance and operation to the respective village panchayats. These gymnasiums will be open to everyone,” Chaudhary said.

The DDO said the district panchayat would set up more such gymnasiums if villages so request.

How does a general manager know if he’s ready for the NFL Draft?