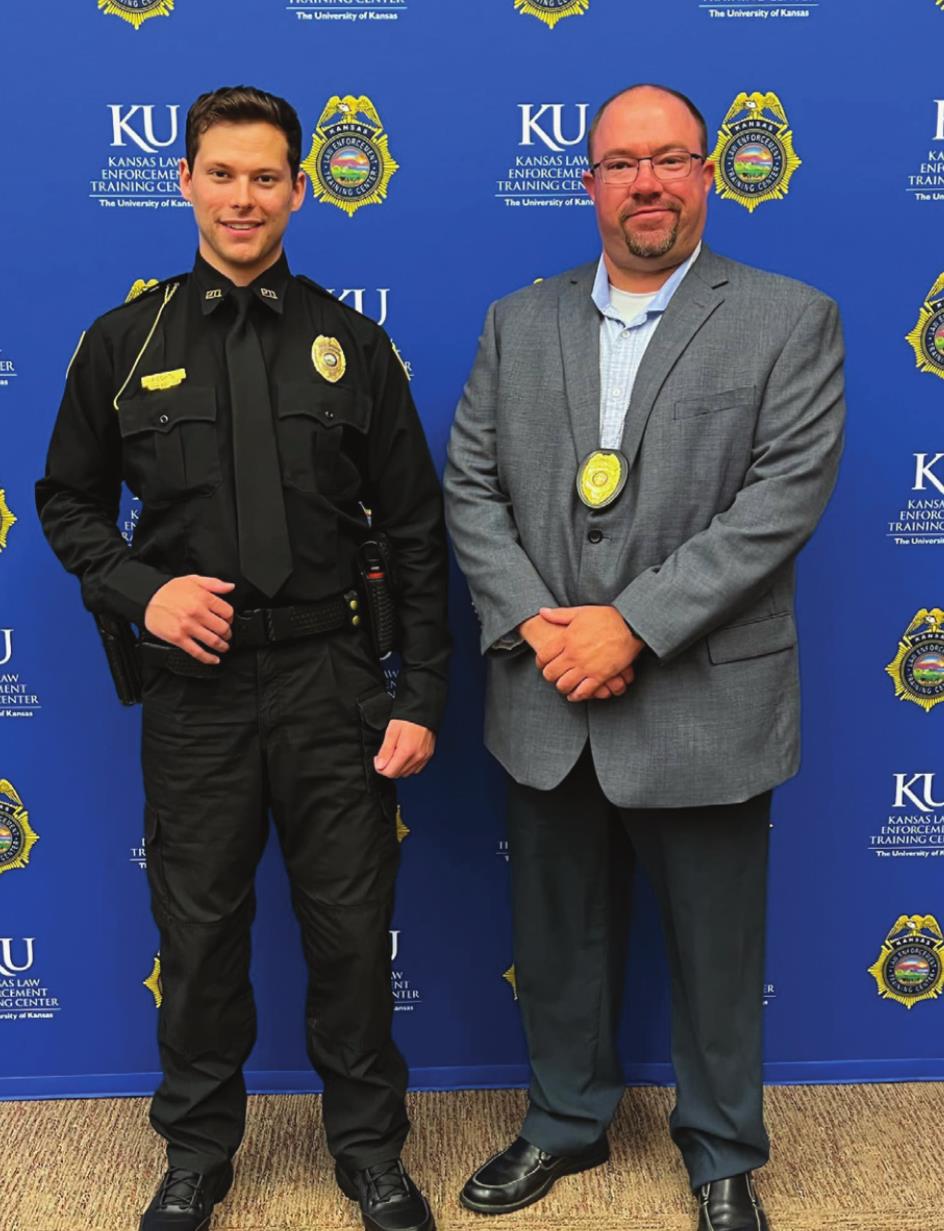 Among them was Noah Fiechtl of the Pratt Police Department.

On February 4, 2022, a class of 20 newly minted officers graduated from the Kansas Law Enforcement Training Center which included Joseph Daniels and Sean Mason from the Kansas Department of Wildlife and Parks. They were welcomed into the ranks of several parks and wildlife officers based at the Pratt Center located east of Pratt.

At the April 29 ceremony in Yoder, the graduates, who began training in January 2022, represented multiple municipal, county and state law enforcement agencies from across Kansas.

Officer Garland Officer was awarded the Fitness Medal for having the best overall improvement in push-ups, sit-ups, and the 1.5-mile run, as well as for running the most miles. Officers Mason Dyck of the Moundridge Police Department and James Smathers of the Lawrence Police Department were added to the Director’s Honor Roll. Officer Smathers also received the Welch Academic Award for Academic Excellence. Officer Dyck was recognized at the ceremony for his firearms proficiency as the “Top Shot” of the class. Officers Nicholas Martinez of the Shawnee County Sheriff’s Office and Christian Rivas of the Great Bend Police Department were both inducted into the KLETC 200 Mile Club.

Graduates receive certificates of course completion from KLETC and Kansas law enforcement certification from the Kansas Commission on Peace Officer Standards and Training, the licensing authority of Kansas. state law enforcement. The training course fulfills the state requirement for law enforcement training. Classroom lectures and practical applications help train officers to solve the increasingly complex problems they face in the line of duty.

Established by the Kansas Legislature in 1968, the KLETC trains the majority of Kansas municipal, county, and state law enforcement officers and oversees the training of the remaining officers through seven law enforcement programs. Licensed and certified academies run by local law enforcement agencies and the Kansas Highway Patrol. .

About 300 officers enroll in KLETC’s 14-week basic training programs each year. KLETC provides continuing education and specialized training to more than 10,000 Kansas agents each year. KLETC is located one mile west and one mile south of Yoder, near Hutchinson, and is a division of the University of Kansas Lifelong & Professional Education.