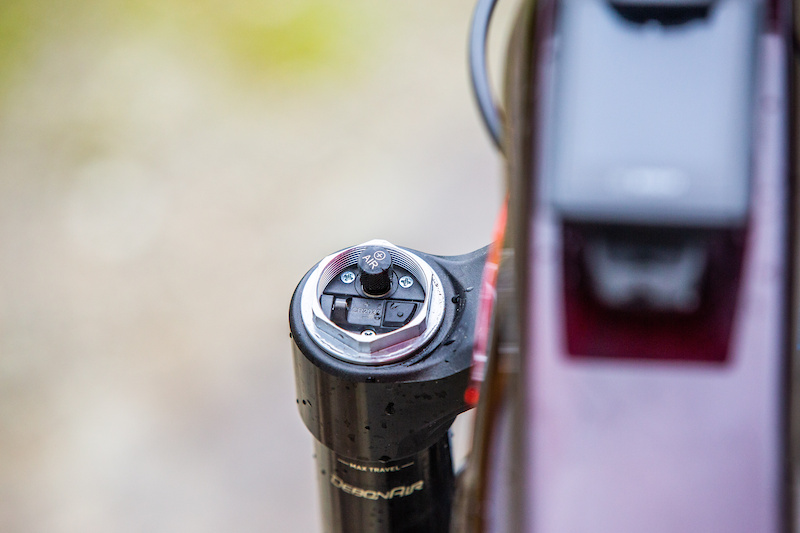 Opinion: How many batteries does an ATV really need?

In some corners of the mountain biking world, there seems to be an electronic arms race, a quest to get as many batteries as possible on a bike. The recently released Trek Rail is a prime example. It’s an eMTB, so the big battery in the down tube is to be expected – that’s not the issue here. It is the addition of the AXS battery in the derailleur and dropper post, the battery on each wheel to monitor tire pressure, as well as the battery in the fork and shock absorber (also to monitor pressure) that makes me scratch my head. Does a bike really need eight batteries, not counting the one that actually powers it? Are the performance gains really worth the additional complication and cost? So far I am not convinced.

To me, I feel like electronic bits, especially wireless ones, are thrown in a random, almost whimsical way. From where I’m sitting it’s hard to imagine what the end result will be other than a bike with enough flashing lights and display boards to make an air traffic controller jealous. Before going any further, I must point out that, despite some Luddite tendencies, I am not totally opposed to some electronic inventions making their way into mountain biking. It’s part of my job to test and evaluate the latest products, and these days it seems like a lot of them require an app and a wall outlet. Adding electronics has the potential to improve the mountain biking experience, at least in some cases it just needs to be done for a valid reason, rather than just trying to add another line to the list of features.

My favorite rides are the ones where the bike goes into the background, allowing me to focus on the track ahead and enjoy the feel of the world turning into a blur on either side. I’ve said it before, but there is something magical about these moments of fluidity, the times when the myriad daily distractions are pushed aside, replaced by a state of sustained happiness that is the ultimate goal of almost all sporting activity.

The point is, I find it much harder to reach this flow when my ears are bombarded with the ‘bzzzt bzzzt‘Servos moving a derailleur or changing shock modes, or when there’s a bright screen and a bunch of flashing lights flashing towards me during the ride. Now if a bike has a motor, I can turn it down a bit more in the decibel distraction department, but I still want it as quiet and unobtrusive as possible.

With the floodgates open, there’s no looking back on the wave of electronic gadgets coming in from SRAM, Shimano, Fox, and others, but there are a few principles I’d like to see followed before things go. do not become even more control.

No flashing lights unless absolutely necessary. If a component has a battery or air pressure indicator, that little LED shouldn’t light up unless a button is pressed – there should be a way to totally turn off the lights that tell the world that you have fancy electronics on your bike. I want to be able to focus on the track, rather than flashing LEDs intermittently to let me know that yes my fork still has air in it, or that my fork has changed modes. To be fair, a lot of electronic components have ‘dark mode’ options or the ability to dim the screen, but enough of them aren’t worth mentioning.

The wires must be well protected. Everything wireless is all the rage, but I actually don’t mind wires when they make sense. Wires can mean there are fewer batteries to charge or replace, which I fully support. What bothers me is when these threads are barely protected, the equivalent of overcooked angel hair pasta strands from various parts of a bicycle and hoping they survive a ride. The wire itself may be thin, it is the sheath that protects it that should be more sturdy and able to survive a crash or two.

The free app is the way to go. The less time I have to spend looking at my phone, the better, especially if I’m out for a walk. Using an app to change an electronic component’s settings should be an option rather than a requirement whenever possible – no one likes wasting precious time waiting for Bluetooth components to pair on the side of the track. RockShox’s new flight attendant system does a really good job of not needing the app once it’s set up which is a good thing as the AXS app can be very frustrating when all the components do not want to appear and play well together.

My rant is not aimed at a particular company either. Yes, SRAM is rolling out the most battery-powered components right now, but it’s only a matter of time before Shimano launches its new drivetrain, and I’m willing to bet it has a battery and a flashing light or two, and probably some really skinny sons.

Will there ever be a day when drivetrain and suspension components that don’t need batteries will only be available for the lowest-end components? It’s possible, but I don’t think it will be anytime soon – the simplicity and low cost of traditional cable-actuated components is really, really hard to beat. As for the suspension, I’m sure more electronically controlled options will emerge. However, given the quality of the modern bike’s suspension and kinematics, it will take something really special to convince riders that adding batteries and buttons is worth the extra money.

There are places where I can see the benefits of adding electronics, as long as they are seamlessly integrated and don’t add a lot of weight or hassle. For example, the concept of a simple wireless electronic lock makes perfect sense. A small button that firms the suspension in an instant, then unlocks it with another touch could be useful on a long-travel enduro bike, especially one with a fairly active suspension design. There were hints that something like this was being tested on the DH World Cup circuit this year, and it’s a concept that appeals to me more than relying on sensors and algorithms to try and choose. the right settings.

I can also see the built-in telemetry, something like what Mondraker does with their MIND system, catching on to riders who want to be sure their suspension is perfectly tuned, at least according to a computer. It’s not really something that would make me choose one bike over another, as it goes against the â€œas few batteries as possibleâ€ theme I’ve developed here, although I understand the appeal. . At the same time, setting up a suspension properly isn’t rocket science, and it’s far from dark art that it’s too often claimed.

In reality, I’m just waiting for a 200mm dropper post that lowers itself with the push of a button. I think this will help me put some of my electronic skepticism aside, at least until I forget to charge its battery.

Black Friday deals under $ 100: save on Google Nest, Fitbit Inspire 2 and more