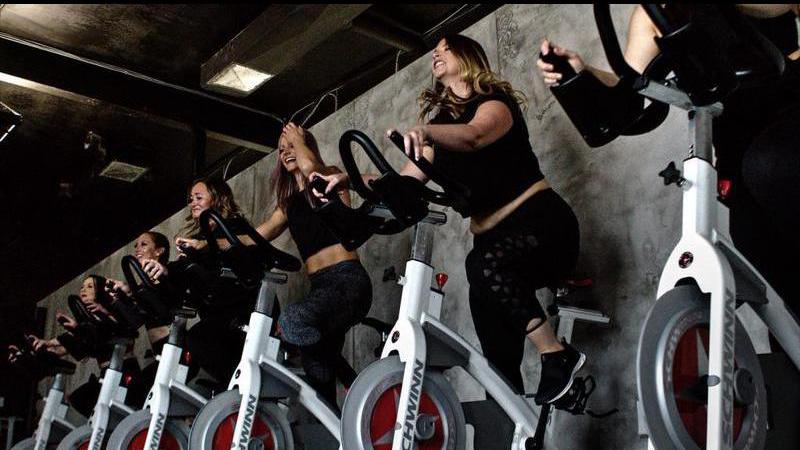 “It’s the mindset that’s ingrained in us as human beings, it’s how we’re supposed to think about ourselves,” Hesson said. “People get into this mindset because the fitness and diet industry, social media, and targeted ads have conditioned our brains.”

Hesson knows full well, however, that just losing weight won’t make you a happier person. She herself was deeply unhappy with her body in her youth, but even after losing over 50 pounds, she didn’t feel much better.

“A lot of times, once you start talking with people…getting into the nitty-gritty of why will open up an open conversation with people much more,” Hesson said. “A lot of times a woman will come and say, ‘I want to lose 20 pounds.’ Ok, why do you want to lose 20 pounds? They’re going to sting their belly or their thighs or whatever, ‘I don’t like it.’ Ok, why don’t you like it?

The fitness industry has seen almost an entire spin-off industry based on crash diets, home workouts and, what Hesson called, quick fixes. Most of them, however, don’t work long term.

“It’s very easy to focus on the negative stuff and the quick announcements and the quick fixes,” Hesson said. “But if you come to a gym or hire a personal trainer, whoever it is, that changes the narrative to help you better understand how to deal with this stuff, that’s key.”

Hesson added that part of his mantra is that there is nothing wrong with wanting to change your body, but getting people to respect and even love the body they already have is the first step before can start changing it.