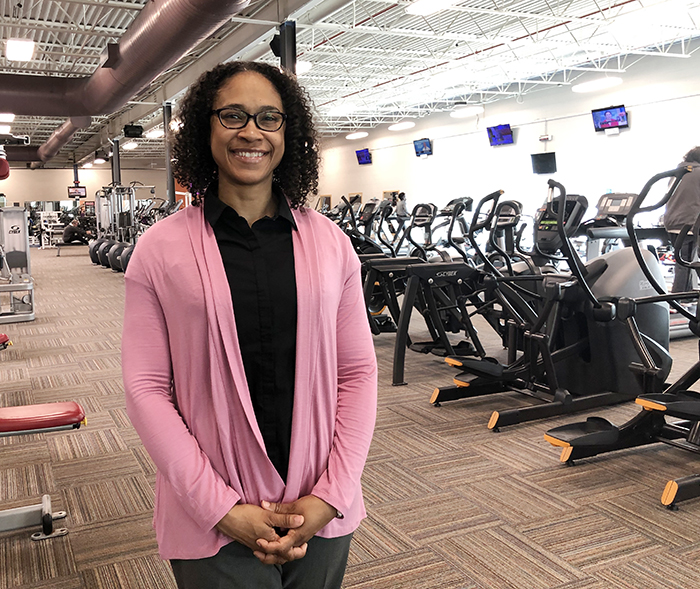 Michelle Artis enters the role of manager at the racquet club

The Homewood-Flossmoor Park District Racquet and Fitness Club has a new manager. Michelle Artis succeeds Eileen Rohrer who is retiring.

Artis has been in the role since shortly after his appointment on April 11. Rohrer will be at the club until the end of June to help Artis learn club operations and park district management.

“I’m so excited to be here,” Artis said. “I’m learning everything inside and out” so she can assess the improvements and changes needed at the club.

Artis comes to the HF Park District from the Wheaton Park District where she first worked for the past 16 years as a personal trainer and led group classes. She later served as assistant manager of the Park District Fitness Center and later was promoted to manager. She also managed the district’s mini-golf and skatepark and served as one of the special events team leaders.

One of the plans for the HF Park District is to put more emphasis on transforming the racquet club into a community site by moving some park programs into the club building space. Artis said she was ready to help with the transition. She helped Wheaton Parks redesign its facilities, though the pandemic delayed work until this year.

“We had to go inch by inch and piece by piece to see what needed to be changed, improved or redone,” she said of Wheaton’s work which was planned as a five-year project. She was also involved in redesigning the layout and reception areas of the Carol Stream Park District.

“It’s a lot of work, a lot of planning, a lot of detail, but the end result is always great when you can support the community,” Artis said.

Growing up in southeast Chicago, she said she played all sports and played on the volleyball, basketball, and fast-paced softball teams throughout high school. She earned a Bachelor of Physical Education with a concentration in Fitness Management from DePaul University.