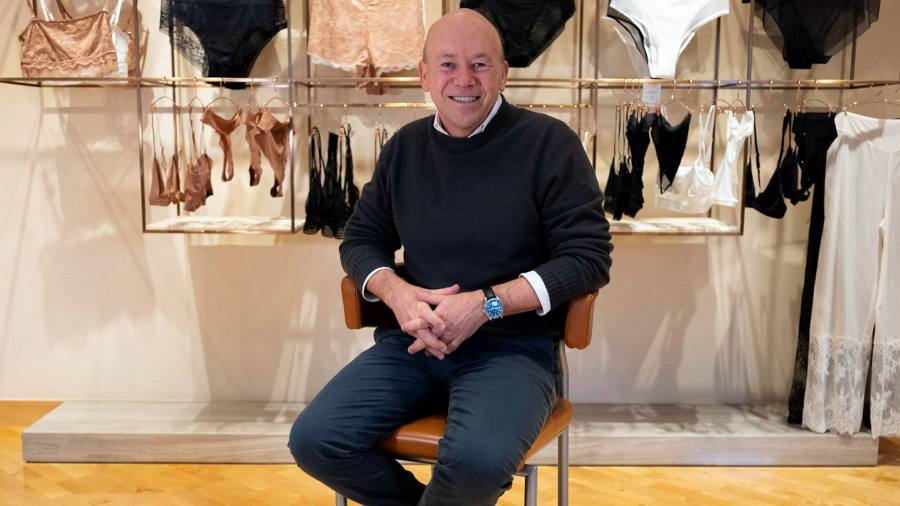 Lingerie maker for Rihanna and H&M put up for sale

The chief executive of one of the world’s biggest lingerie makers that makes underwear for Rihanna, Marks and Spencer and H&M is selling his $500million business after his children refused to take over the business .

Erik Ryd, a low-key Hong Kong-based entrepreneur, said his company had capitalized on a pandemic-fueled push for comfort clothing and is expected to grow revenue by 17% in 2022 to $684 million.

Hop Lun, which manufactures in China, Indonesia and Bangladesh, employs more than 30,000 people and produces 94 million pieces of lingerie per year. The company has 14 factories, including in Indonesia, a preferred destination for American brands and where they carry out part of the production for Victoria’s Secret.

“We bounced back very quickly from the Covid. . . we expect next year to grow [revenue] at nearly $700 million,” Ryd said in an interview with the Financial Times.

Ryd said during the pandemic there had been an explosion of new brands online looking for a supplier to make bras, which have up to 20 different components. “It’s a bit of a specialist area, it’s not like making a t-shirt,” he said.

But despite the pandemic success, Ryd, 60, from Sweden, is set to put Hop Lun up for sale. “It’s like when you get old and you have an old house that you lived in. . . And maybe the kids either aren’t interested in the house or they can’t manage the house,” he said.

“You want the house to be stable, high performing and to take it to the next level, but you also want to be part of it.”

Speaking in his office decorated with Scandinavian-style furniture in Lai Chi Kok, the heart of Hong Kong’s rag trade in Kowloon, Ryd said pandemic-related supply chain disruption had been a problem for the company.

It is in the process of identifying sites in Mexico, Morocco and Eastern Europe to ensure that 5-10% of production can be done closer to EU and US retailers.

“I can see the future also maybe having one or two factories, maybe closer to Europe or closer to the United States, to respond to more flexibility, more speed, and also to avoid certain dramas and logistics costs,” Ryd said.

The global lingerie market was worth $72 billion in 2020, according to Mordor Intelligence, a market research firm.

While Hop Lun’s revenue dipped slightly to $409 million in the first year of the pandemic from $420 million in 2019, sales increased in 2021 to $583 million as demand for comfortable underwear for work from home boosting growth.

In 2020, UK retailer Figleaves reported a 40% increase in sales of wire-free bras and bralettes, while NPD Group, a market research firm, said there was an increase in 32% of sports bra sales in the same year.

“There is a big change in demand. So lots of wireless, lots of bralettes, lots of sports bras,” Ryd said. “We have developed well on Covid.”

“More and more female consumers are paying attention to fitness activities, such as yoga,” she said. Technavio, a market research firm, ranked Hop Lun among the world’s top lingerie sellers in a January report.

Ryd has kept a low profile throughout his 30-year career. “[Other companies] have foreigners working for them but there is always a Chinese boss,” he said. “A big hardware vendor said, ‘Oh, we’re still wondering who’s really behind Hop Lun?'”

Ryd first moved to Hong Kong in the late 1980s with H&M to stock up on intimates. He left to found Hop Lun in 1993, then entered mainland China in 1999 without a local partner and set up a factory in Dongguan, in the manufacturing hub of southern China. “China at that time, it was just opening up and you can imagine the energy,” he said.

While Hop Lun still has two factories in China’s southern provinces of Jiangxi and Guangdong, more of their production is shifting to Southeast Asia due to trade tensions between the United States and China. China and rising wages in China as its economy grows.

“All the sample making, all the details about the fitting, the technical part and the material are actually still done in China,” he said.

“We also have some emerging Chinese customers, [but] our production in China is mainly intended [Chinese brands] and some quick orders or some orders in smaller quantities. »