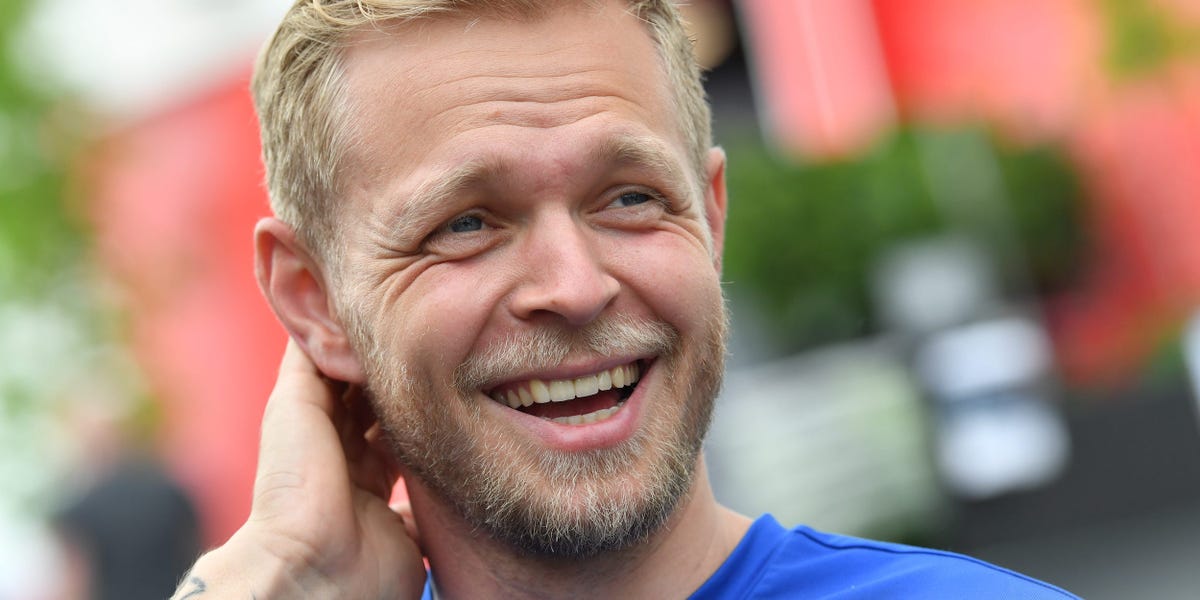 Kevin Magnussen has been one of the best surprises of the 2022 Formula 1 season, but his late addition to the grid has been a pain in the neck – literally.

Magnussen returned to F1 on the eve of the season, replacing Russian driver Nikita Mazepin at Haas after the invasion of Ukraine.

After spending seven years in F1, Magnussen lost his seat at Haas after the 2020 season. He spent the 2021 season racing in the North American IMSA series and was due to do so again this year. He even raced the 2022 24 Hours of Daytona to kick off the season.

However, as he expected to race in IMSA again, it had been around 18 months since he had adequately trained to drive an F1. Specifically, he failed to prepare his neck to withstand the extreme experience of F1 drivers G-forces on their heads.

During an interview with Tom Kollmar and Michel Milewski for German magazine Sport Bild, Magnussen was asked if he was surprised by his early season success.

“A little, yes,” Magnussen said. “Particularly because of the neck muscles. I did that year without training in the cockpit. The pressure in the car is so great that the body only gets used to the forces while driving. When I learned a week before the opening race in Bahrain that I race, I had to start straight away with fitness sessions… After the first two races, I was barely able to hold my head up.”

This video shows some of the neck workouts that F1 drivers have to go through.

Kevin Magnussen had to catch up

During an interview with Insider earlier this season, McLaren driver Daniel Ricciardo explained why what Magnussen missed was so important. Ricciardo noted that most of the training they need for the season is done in the offseason, and between races it’s more about recovery.

“Throughout the season it’s more recovery,” Ricciardo said. “Once you get into the race routine, we’re in the car then three days a week, and that actually keeps us in really good condition and more specifically, in race condition… But in the pre-season where you’re really trying to obviously build yourself up, we’ll be training, I guess, six days a week, and it’s kind of a morning session in the evening, and it’s going to be a mix of cardio and strength training.”

Ricciardo noted that one of the problems with training during the season is that there just isn’t much time in their schedule for it.

So while other riders like Ricciardo do light neck work between races to maintain their strength, Magnussen has caught up.

Still, that didn’t hurt his performance.

After Haas failed to get a single point in 2021, their best finish for either driver being 12th, Magnussen has finished four top-1o finishes in the first 10 races of 2022. He is also 12th in points in a car that seems to be improving as the season progresses.

Not bad for a driver with a sore neck who wasn’t supposed to be in F1.

Times, tickets, location and everything you need to know