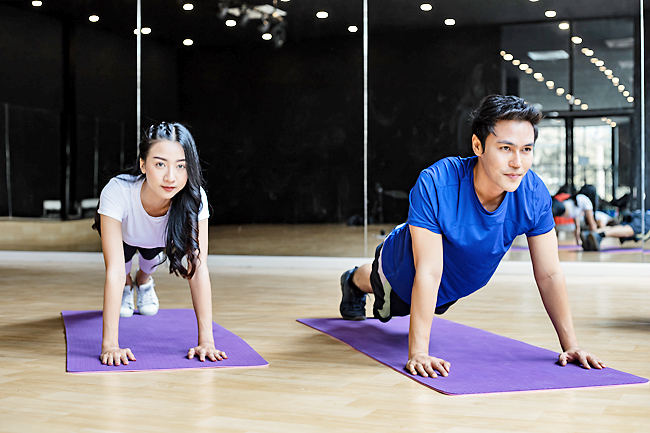 How to finally master a burpee

THE WASHINGTON POST – There is perhaps no exercise as dreaded or recommended as a burpee. A full burpee combines a squat, back hop, plank, push-up, and mid-air jump into one continuous motion.

“Burpees are a fully functional exercise,” said Ben Walker, personal trainer and owner of Anywhere Fitness. Different parts of the body need to work together, while developing a fuller range of motion. “It promotes better movement and flexibility in our daily lives,” Walker said.

The burpee was invented in the 1930s by a physiologist named Royal H Burpee Sr, as a way to test a person’s fitness. It was later adapted by the United States (US) Army to assess recruit fitness levels.

Given the difficulty of each of these separate exercises, combining them into a single exercise is a challenging task, but one that develops and demonstrates flexibility and improves range of motion, strength, and cardiovascular conditioning.

“One of the biggest benefits is that burpees challenge the cardiovascular system as well as the muscular system in one catch-all movement,” said personal trainer and American Council on Exercise senior product manager Jacque Crockford. “When done correctly, the burpee can be a very rewarding exercise.”

If you want to access some of the benefits of burpees, but don’t know where to start, here are some ways to do them safely and gradually.

When it comes to learning how to do a full burpee, think of it as an end goal rather than a beginning.

“You’re much better off building slowly and steadily, rather than overdoing it on day one and potentially injuring yourself,” said Vijay Jotwani, a sports physician at Houston Methodist Hospital.

The risk of pushing yourself too hard, too fast is that burpees require a high degree of flexion in the wrists, elbows, shoulders, hips, and knees, which can increase the risk of straining or injuring a muscle or joint. ligament.

“Just because someone does something one way doesn’t mean it’s wrong to do it another way, especially if you have special needs in your own body that you need to deal with,” he said. said Crockford. “Giving yourself a little grace is important.”

A gradual approach can help avoid overtraining and injury. “As long as someone listens to their body and slowly increases the intensity of their exercise, the risk of injury is low,” Jotwani said.

If you’re recovering from an injury or have any concerns, talk to your doctor and work with a certified fitness professional who can suggest additional modifications.

One of the challenges with burpees is the quick transition from lying down to standing up. If you are dehydrated, it can cause dizziness. Make sure you are well hydrated and if dizziness persists, talk to your doctor.

If you struggle with one or more components of the burpee, work them separately until you are comfortable with each one.

“The whole burpee can be broken down and worked on in the studio,” said personal trainer and founder of Studio SWEAT onDemand in San Diego Cat Kom.

Starting with individual movements gives you the space to focus on developing the necessary strength. Combining them into one continuous motion has the added benefit of increasing your heart rate.