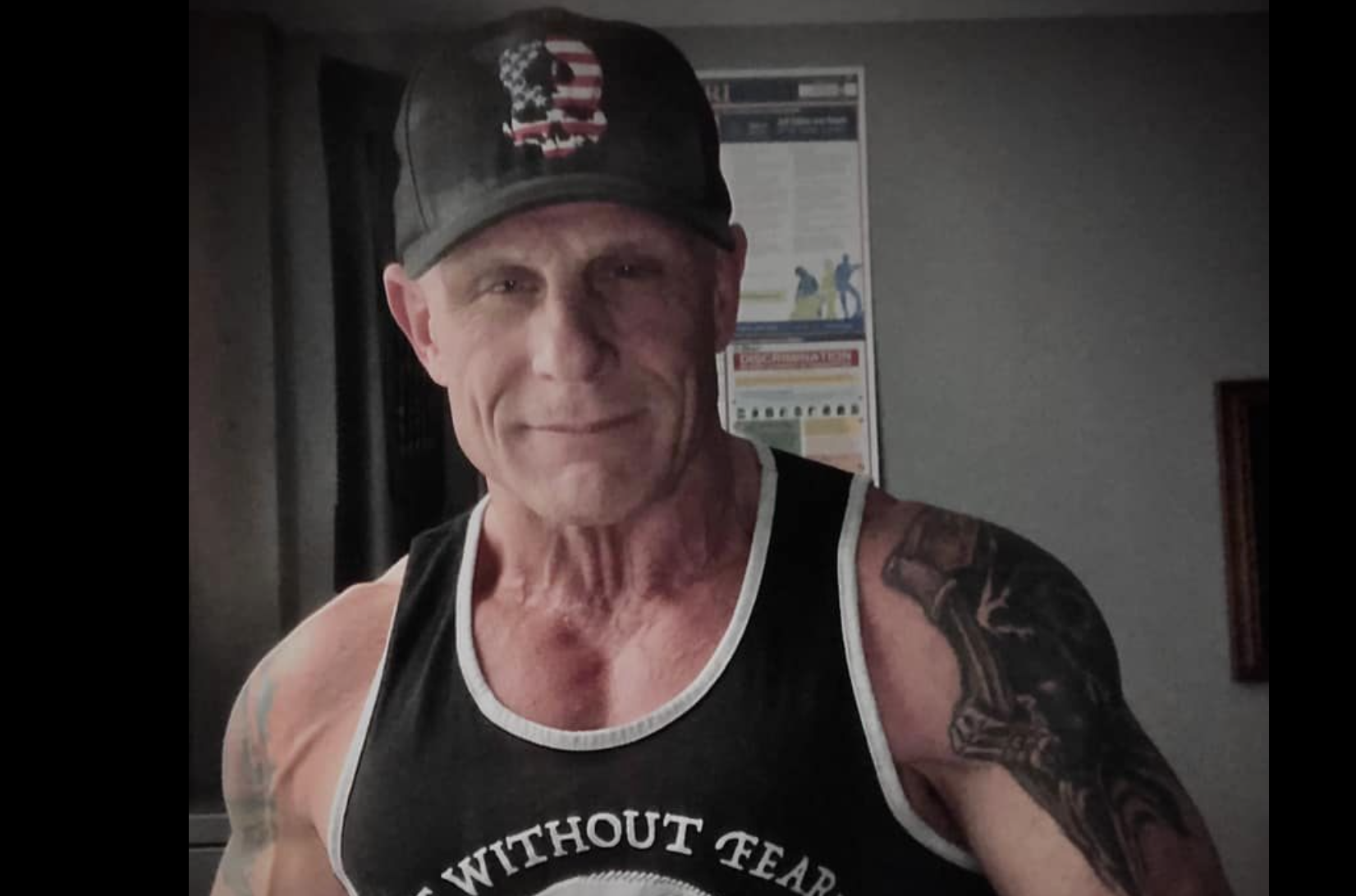 Henry Lovelace, a giant in the fitness world and a beloved local trainer, died Saturday at his gym, Wild Horse Fitness, in West County.

According to all who knew him, his heart was as big as his bulging biceps. Lovelace has been a source of inspiration for thousands of people over his 25+ years in the personal training business.

Monica Adams, news anchor for KSDK’s morning show Today in Saint Louis (#TISL) and a longtime friend of Lovelace told STLSportsPage.com, “He was amazing and an icon in the fitness world.”

Adams, who said he was her best friend, was heartbroken when she heard the news.

Owner of the fitness center on Kehrs Mill Road in Ballwin, Henry Lovelace was an expert in competition preparation, probably because he was a multiple NPC competition medalist himself. The NPC, or National Physique Committee, is the largest amateur bodybuilding organization in the United States. Lovelace was an elite bodybuilder who successfully transitioned from elite athlete to elite trainer and trainer. He had a huge following.

“He loved competing,” said Jillian Tedesco, founder/owner of fit-flavors Healthy Meals to go. “Henry was drawn to competitions because he used to tell me he was competing with himself. Henry was very proud of Wild Horse Fitness and was a trainer at heart.

One of his pride and joys was his daughter, Alexandria Ann Lovelace –Alex– who followed in his footsteps in fitness and bodybuilding competitions. She is a multiple medalist, as a competitive bikini model contestant who has enjoyed great success in her young career.

“Henry definitely passed on the love and drive for the field to his daughter,” Adams said. “She worked side by side with him at Wild Horse.”

“I’ve worked closely with my dad since opening his dream (Wild Horse) in 2012, seeing him all day,” Alex Lovelace told STLSportsPage.com. “He made me who I am, to sum it up in one word I would say: strong.”

She said that from an early age she went everywhere with him, which of course included the gym.

“He took me to kindergarten, which was the hardest part for both of us,” she recalls. “I was so attached to him that I was screaming and clinging to him with all my might when he tried to put me down.”

He later told her that it broke his heart to see her so sad.

“We would sit in his truck long before school started so he could try to talk to me because he knew what was coming,” she said.

His mother, his ex-wife, Teresa Mae Allen, recalled how difficult it was for them to be apart. They were married at the time and with his work schedule, he had a lot of parenting duties in the mornings.

“My mum said to me, ‘He would drop you off and then call me at work to tell me it’s not fair. He loved his time with you. Since I’ve been working, he’s taken over – he’s dressed you up in whatever you wanted, which often included a lacy dressy dress with tennis shoes, lol. She told me he would put my hair in a big ponytail and said, “You were best friends.”

Allen and Henry Lovelace met in high school, and she moved to St. Louis with him and his family. They had two children and after their separation and divorce they worked together for their children.

“They were able to communicate and work together when needed for my brother and me,” Alex said.

His brother, their son, Henry Donald Lovelace III, said Donnie was his other source of pride. He is in the National Guard and recently married his wife Toni.

Alex shared on her Facebook page that her father’s last words to her understood how proud he was of her and her brother.

Henry Lovelace was twice Mr. Missouri and was named Missouri’s strongest man under 190 pounds. He was a Show Me natural bodybuilding champion.

He made Wild Horse Fitness a place like no other. It offers: professional personal training, fitness classes, racquetball courts, steam room, sauna, daycare, salon/spa – and even a cafe and smoothie bar.

He was a motivator. His Facebook page was filled with quotes such as “A lot of things these days are holding you back? Fight it! Until the end, scratch and claw and be relentless, because in the end you win. On the day of his death, he posted “If you woke up aimlessly, go back to sleep.”

Adams, who alongside her work as a journalist is a personal trainer, credits Lovelace for her career path. They met at Powerhouse Fitness in 1996 and have always talked about workouts. She is shown in the photo with him, on the left.

He said he admired her hard work and stopped her one day as he was leaving the gym, telling her he was going to open a gym and asked if she would like to come with him and train.

“I said ‘but I’m not a coach’, and he said ‘I know, and that’s going to change’,” she said. “He said I needed someone with your drive and passion so get certified. I got my first certification and then went on to college to focus on breast medicine. sport and physiotherapy. We both wanted to educate and help people reach their potential.

She went to work with him.

“Henry and I were a force unlike anything I’ve ever seen or experienced,” she said. “We have trained hundreds of thousands of people over the past 25 years. I’ve never seen someone so passionate, so driven, affect the masses like Henry did.

Adams is married to St. Louis County Police Lt. Jim Quentin and says Lovelace was a big supporter of them.

“Henry was one of the first to reach out to me when Jim and I got together…he was so happy for us,” she said. “I loved the support he gave us.”

She said he often talked about going on a motorcycle ride with them and that they had planned to do it, but the time had not been set before his death, prompting her to say: ” Why do we stay so busy?… Make dates happen, say yes when someone wants to see you. Take the time… do everything.

“We became friends over 17 years and two of his gyms,” Savard said. “He had a big, big heart.”

“Although Henry can look intimidating and be tough on his customers, if you knew him you knew how big his heart was,” she said. “He was extremely disciplined when it came to his nutrition and fitness and had the same expectations for his clients. Anyone who worked with him knows that he cared about nutrition as much as fitness.

He died of a heart attack while he was in his gym, where he wanted to be. The last conversation he had with his daughter may have been a little foreshadowing. Among some of the other things he said were: “I always want to be remembered as strong and proud and (that I have) won everything I have.”

He also said how much he loved her and Donnie. “I want you both to be happy, independent and proud of me – and who you are.”

As soon as news of his death started to come out, tributes started pouring in on social media. It was obvious that Henry Lovelace meant a lot to a lot of people.

“He transformed people and gave them a place to start fresh. He has inspired us all and will continue to do so. We love you and mourn with you,” one message said.

“You were one in a billion and brought hope to so many people. I will never forget the things you taught me. You believed in me when I didn’t believe in myself. You have changed the lives of so many people. We will miss you so much,” said another.

“He helped me,” his daughter Alex said, “and he helped everyone around him when they needed him. I may be strong but I still needed him.

“I view my career as a gift, seeing things in people that they can’t or won’t see in themselves. I can help change your life. — Henry Lovelace

Funeral services were pending Monday afternoon, check back as we will update this article.