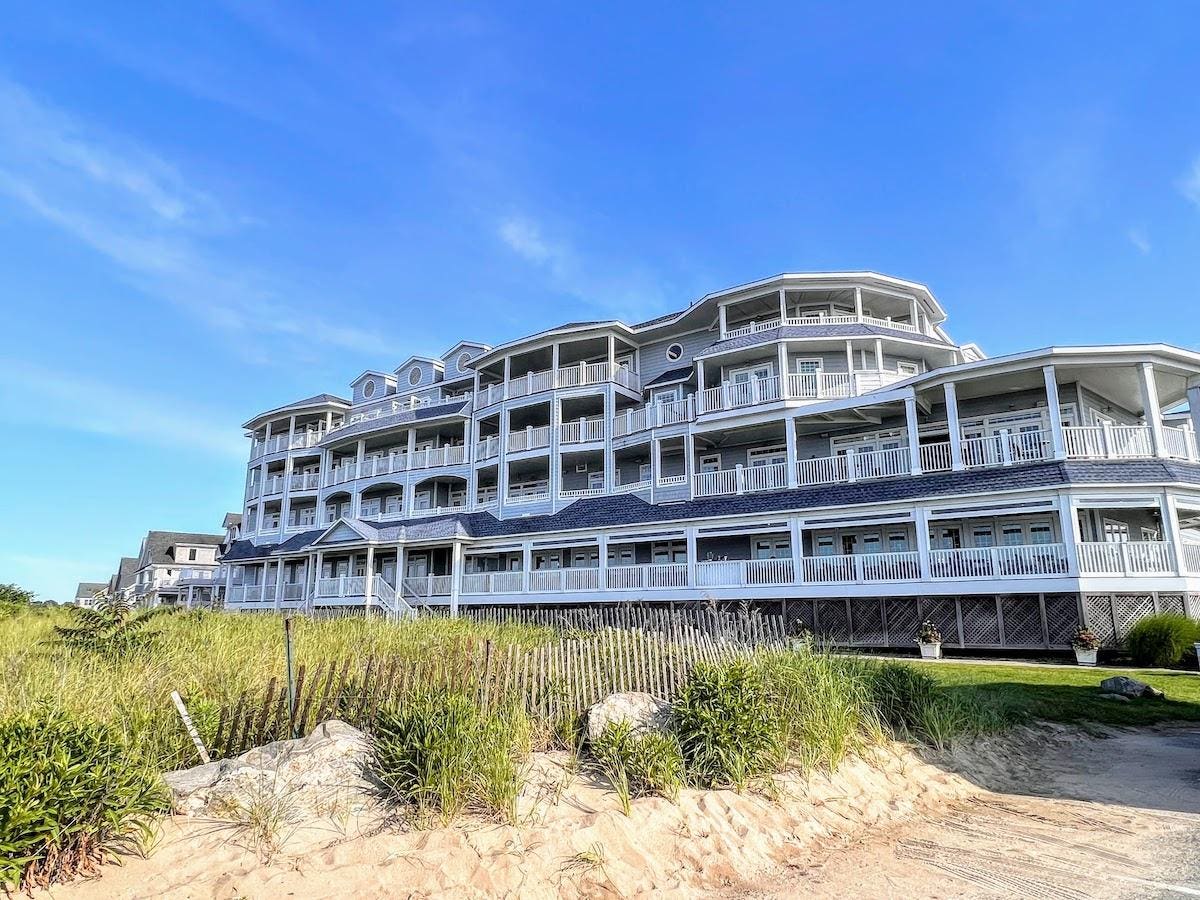 A unique getaway on the Long Island Sound

Located on the sandy shores of Long Island Sound in Madison, Connecticut, the Madison Beach Hotel is a four season getaway conveniently located about two hours from the New York and Boston metro areas.

Unlike the East Coast’s better-known summer hotspots, like the Long Island Hamptons and Martha’s Vineyard south of Cape Cod, the hotel and quaint town of Madison is much more relaxed, low-key, and largely devoid of hordes of tourists and day trippers.

Madison Beach Hotel guests enjoy exclusive access to a private beach in a mostly residential area. Each of the bedrooms, most with large balconies, offers stunning views of the Sound, a tidal estuary of the Atlantic Ocean.

When guests leave the floor-to-ceiling patio doors of their rooms open at night, they are lulled by the ocean breeze and the sound of the waves lapping on the shore. The morning sunrise views are spectacular.

With just 33 rooms in total, this four-story resort has the distinction of being the smallest Hilton-branded property in the world. Although part of the prestigious Curio Collection by Hilton (and its associated Hilton loyalty program), the property is independently owned and operated by Henry (Ric) and Dawn Duques.

What also sets it apart: the Madison Beach Hotel is the only hotel in a quaint residential town with little accommodation for overnight guests except for a handful of BnBs.

The historic roots of this beachfront property run deep. First a boarding house (originally called the Flower House) for shipbuilders passing through town in the 1800s. Later turned into a hotel, it has drawn visitors to the same location for around two hundred years. When railroad service replaced wooden sailboats for transporting goods along the coast, city dwellers took to the rails to spend their summers in coastal towns like Madison.

From the age of 9, Ric Duques (now a philanthropist and retired chairman and CEO of First Data Corp) spent his summers at his family beach house in Madison, playing on the rocks near the hotel. His grandfather had been the town’s first postmaster, and Duques cherishes the memories of his time on the beach.

Over the years, the original rickety wooden hotel perched on dramatic grounds has fallen into disrepair, becoming structurally unstable and an eyesore on the scenic coastline.

Combining his love for the city, business acumen, and a “can fix anything” attitude, he and his wife, Dawn, decided to purchase the property in 2006 and embark on an ambitious Madison Beach restoration project. Dilapidated hotel. They hoped to retain the property’s gracious New England feel while upgrading its rooms and services.

However, the couple discovered that the old building was in such poor condition that it could not be salvaged. Undaunted, they literally had to start from scratch, starting with a new foundation to meet contemporary waterfront building demands. A planned two-year project took more than three years to complete.

A traditional hotel reinvented for its time

The reimagined Madison Beach Hotel, which opened in June 2012, sits in the same footprint as the original. While the number of rooms remains the same, nautical-themed interior hallways have replaced the exterior walkways. Yet the gray and white clapboard exterior is still reminiscent of a 19th-century New England guest house or inn.

You can revitalize your mind and body at the hotel’s fitness center and full-service Sounds of the Sea spa. If they can get away from the property, they can visit the city’s museums and listed historic sites, or walk or cycle to the bustling city center (less than a mile) lined with cafes, of restaurants, an independent cinema, gift shops and clothing stores.

Depending on the time of year, the hotel offers a robust schedule of holiday-themed dining and dining experiences, as well as outdoor concerts on the lawn, weather permitting.

Forced to close for nearly six months at the height of the pandemic, occupancy rates at the Madison Beach Hotel appear to have returned to pre-pandemic levels as people seek getaways closer to home. Many guests return year after year to relax and rejuvenate in an idyllic setting close to home but a bit off the beaten track. And given its small size, the service is always warm and personalized.

Information about Madison, CT from the Madison Chamber of Commerce

Learn trauma-informed care, how to de-escalate conflict with free mental health training on the South and West Sides