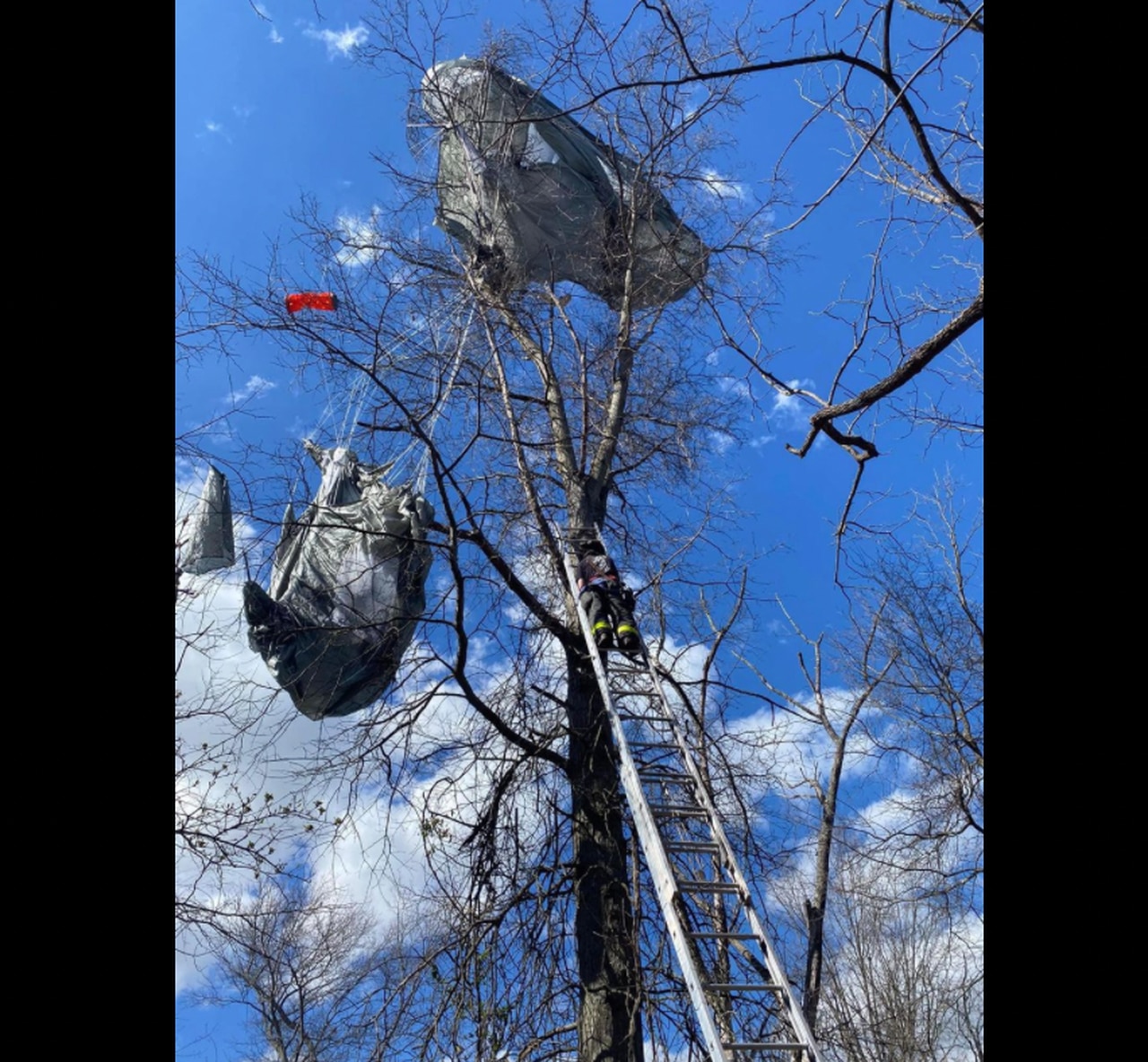 6 paratroopers rescued after getting stuck in trees while training in central Pennsylvania: video

Four of the paratroopers from the Army’s 82nd Airborne Division at Fort Bragg, North Carolina, were able to jump or fall from the tree on their own, according to Gettysburg Fire Deputy Chief Scott McGonigal. Gettysburg Firefighters helped the other two soldiers escape using a smaller Haverfield Aviation helicopter.

Airdrop training took place at Browns Ranch on the 100 block of Redding Lane, McGonigal said. Gettysburg firefighters on the scene in case their assistance is needed during the potentially dangerous jumps. Gettysburg Battlefields Park rangers, local police, and the Emmitsburg Fire Department later joined in the rescue when the soldiers got into trouble.

McGonigal said the elevation and heavy timbers made it difficult for firefighters to reach soldiers on foot or with fire apparatus. So they called in Brandon Jackson of Haverfield Aviation, which has helicopters much smaller than Chinooks that could perform the deft movements needed to help soldiers without getting tangled in the tree line.

The Haverfield helicopter lifted the skydivers directly from the trees and dropped them safely to the ground, Jackson said.

Jackson said Haverfield frequently works with military veterans and “when we get the call, we’re obligated to help.”

The wind does not seem to have played a major role in the event. The National Weather Service said the winds were changing direction late Tuesday afternoon, but only moving about 5 to 10 mph.

The Gettysburg Fire Department shared photos and video of the rescue on Facebook. The 82nd Airborne Division commented on their post saying, “We have been trained, you have been trained! Thank you for being here! We are happy that there were no injuries. »

McGonigal said military training sessions are not common at Gettysburg. He estimated that it could take a year or two – or more – for another session to take place in the region.

U.S. Army officials were not immediately available for comment.